How To Meet Your Neighbours After Moving

Get a Fast Quote

Home » Blog » How To Meet Your Neighbours After Moving

When you move to a new home, there is a massive checklist of things you need to do in a short amount of time to get settled. Usually, meeting the neighbours is not something which is given much priority after the movers unpack your belongings. But it’s something which you should make an effort to do sooner rather than putting it off for too long.

After all, a home is more than just the physical place where we live, sleep, and keep our belongings. It’s also the neighbourhood and the people who inhabit it.

Generally, knowing the people around us leads to a more settled and happy environment. It’s always great seeing a friendly face, being able to talk if issues arise, or to borrow some sugar for a morning cuppa if you run out.

How To Meet The Neighbours

Figuring out how to meet your new neighbours may seem like an awkward situation, similar to the feeling you have on the first day of school.

It’s best to be authentic and genuine, instead of trying to force an interaction. Instead of showing up on their doorstep with some baked cookies, take an organic approach and let the relationship build over time.

Not sure where to get started? This guide for how to meet your neighbours are moving has got you covered:

It’s that easy to take the first step. Building a relationship with neighbours is based on being friendly and kind to each other, rather than having things in common.

As you’re moving in, even when you’re frustrated and stressed, be sure to greet anyone you see with a friendly hello and a smile. It’s not necessary to say you have just moved in, but feel free to. What is important is laying the foundation of a relationship, which can grow over time. A friendly and genuine greeting the first time you see each other is the perfect way to get started.

Get Involved In The Community

A great way to meet new people with similar interests is to get involved in some activities. Is there a building meeting, a food co-op, an apartment party someone is throwing? By taking an active role in your local community, it lets you immerse yourself in your neighbourhood. It’s also perfect for connecting with others who have similar goals.

Talking about the weather is the go-to for many people to get a conversation started. But for meeting your new neighbours, asking questions about the area can help to open up more of a conversation as well as grow rapport.

A lot of people enjoy the chance to give you tips about local life and living in the neighbourhood. Ask questions about the best local food spots, where to see some live music, or if there is a dog park nearby. By asking open-ended questions which don’t have a yes or no answer, it gives people a chance to discuss their interests.

Next time you see them, follow up on the conversation using your established common interests to build on.

If you’re always inside your apartment, it’s going to be hard to meet new people! Go outside and make an effort to spend some time in places where you are likely to come across some people. Either in your front yard doing some gardening or in the building’s common areas are great locations. Or you can go for a walk. The more people you come into contact with, the better chance you have of having a conversation and starting a new relationship.

People remember more of what you do than what you say. If you see your neighbour doing something which would be easier with help, be proactive and offer to help them out. Whether it’s helping a senior neighbour carry their groceries, or taking mail to a neighbour who was incorrectly delivered to you. Good deeds can go a long way to getting to know your neighbours.

For friendly and professional removals to your new neighbourhood, contact Local & Interstate Removals on 1300 705 705 or online. 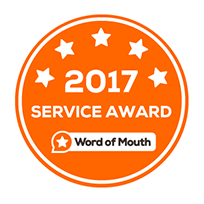 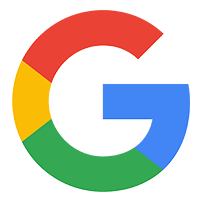 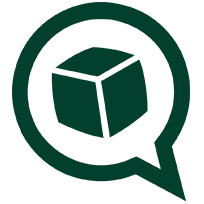 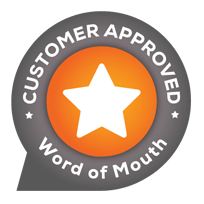 My husband and I were hesitant and scared to book a removalist company again due to our previous horrible experience with another company for our first interstate move. But having a tight schedule, we've decided to get backloading service. But this time with thorough research, I found Local and Interstate Removals reviews are good. Melinda explained and answered all my questions and assured me to get the job done. Were thankful for Laoe and Sam who patiently loaded and transported our things from Brisbane to Sydney in one day! They are very polite and helpful. Thank you Local & Interstate Removalists for making our interstate move stress free!

I couldn't stop myself from giving a 5-star review to Waleed who helped me with moving my apartment last week. I was worried that moving my apartment would take cost me a lot of my time and money but due to Local & Interstate Removalists fast working abilities and enjoyable experience in removals were able to finish the work just in 3 and half hours. Not only did he help us to move our stuff, but he also helped us a lot to place our stuff (beds, wardrobes, fridges, tables) beautifully in our new apartment. All Thanks to Waleed an excellent service that we got all our stuff moved and placed nicely in our new apartment.

I have moved many times for my staging furniture business which requires lots of care for my client's house for sale, and the home's to be sold. I haven't come across a company like local and interstate removals as they are very proficient and professional with how they wrap, protect and work. Office staff where fabulous and I couldn't thank Elle enough for all the time she's taken in making everything work for our business. I highly recommend them to everyone especially clients looking for high-end interstate removalist service which is usually rare to find today. Thank you guys once again for doing a fabulous Melbourne interstate removalists job!

Fantastic service! Friendly, professional, careful, and efficient. No hidden fees and on time. We had Alex and Jordan for a 2 bedroom move and highly recommend using this company. We even had a very tight driveway and tight stairs, and they handled it with ease. Bottom line, everything arrived safely - no breakage. Will definitely use again in the future.

I recently moved from Melbourne to Sydney and was very happy with the service provided by both Melinda and the interstate removalists on the day. The cost was very competitive, and all of my belongings arrived interstate the very next day and in excellent condition. In particular, I just want to also thank Melinda for all of her helpful assistance throughout the entire process. Thank you